For the last two years, both the Yes and No campaigns have tirelessly tried to persuade the people of Scotland to either back independence or the union. From numerous debates and watching polls with tension, in the last few weeks before the announcement of the results, it looked like Salmond was to achieve his lifetime goal of independence. However, it was all too good to be true as the referendum result was a No majority, with only 3 cities in Scotland, including Dundee and Glasgow, backing the Yes campaign. Could the last minute intervention from Gordon Brown have helped? Possibly. 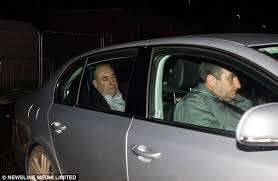 End of an era: Alex Salmond looking defeated as the election results were announced on Friday morning

But at least the Queen is happy. I mention HRH because last week  (or should i say for quite a while), there was a debate as to whether she should state her views on the Scottish independence issue or not. Of course many thought she shouldn’t as she is not elected by the demos (that’s us) and thus can not influence such a political matter. However she did make a slight comment in which it was interpreted as her backing the No campaign as she hoped voters would “think very carefully about the future”. Of course she would make some intervention. Protecting her role as Queen and the 300 year old History between the two countries, how much more traditional can you get!?

So what happens now? Well firstly Alex Salmond has announced he is to resign as First Minister 😦

My first thought was why resign? I mean yes, his campaign didn’t succeed but is that the message of a leader – when we fall at the first hurdle we should give up? His resignation also shocked me because as a man who has always stood up to the ‘demons’ of Westminster, by resigning is he not just giving central government the satisfaction, Cameron included? It may have been inevitable that a No vote would have resulted in Salmond not returning to Westminster, especially after all the backlash which occurred during the tv debates, but isn’t that what politics is all about? Like i said, i was very shocked and to some extent disappointed in that Scotland’s First Minister has decided to reign in the ropes but with Nicola Sturgeon, his second in command, being his most likely replacement, i’m sure she will be a great person for the job.

Now back to Scotland as a nation. Well, since they ditched the idea of independence, the No campaign did promise more devolved powers and it seems that’s what they’ll get – devo max. What this means is that Scotland can control its own affairs in terms of policing, and taxes, including its economy. But what is devo max exactly? It is being posed as the biggest constitutional change since Ireland got home rule as Cameron promised an extension of powers to Scotland over taxes, spending and welfare policy. However, this also opened up the ‘West Lothian’ question – that is whether English MPs should only vote and make decisions on matters on, you guessed it, issues primarily concerning England. There has also been an expanision of this idea if you like to cities such as London. That is whether City Hall, the body which represents the capital, should be given more powers to better represent the ever-growing population in the capital city. Although in theory it may sound like a good idea, there comes a point where one may debate the need for Westminster politicians. Could this be the way forward for British politics? Despite huge focus being on Scotland in the last few years, there is no doubt that the referendum result has got people thinking about the way we demonstrate our democratic abilities, both us normal folk as well as politicians alike.

Unsurprisingly, Salmond disagrees, believing No voters had been ‘tricked’ by the Better Together campaign.

Whether it’s the sound of a desperate man or an attempt to tell the No voters ‘I told you so’, it may seem the SNP leader has a point. This is because at present, all three main political parties still disagree over the process in which devo max will be laid to Scotland, but do agree that it will happen. So not another empty promise it may seem? Let’s hope so anyway, for the Scots sake.

If anything, the referendum has showed Britain that political participation is still present today, despite austerity and lack of representation. With the stakes high for politicians as the general elections looms, i’m sure we will be hearing much more about devolved powers being transferred not just to Scotland but major cities as well such as London.

British politics and our constitution could change, possibly for the better but will it be sustainable? Is the union as safe as we may think despite the No vote? Just a penny for your thoughts.